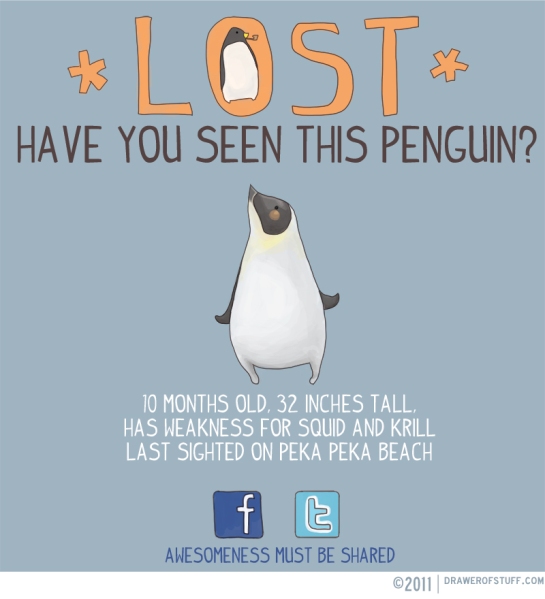 earlier this week, a baby emperor penguin (gender unidentified) was discovered on peka peka beach. experts are of the opinion that the penguin had taken a wrong turn whilst hunting squid and krill, leaving it stranded 2000 miles away from home.

After Peka Peka Penguin was nursed, fattened, he was released into the wild on September 4. No transmissions have been received from peka peka penguin since friday, september 9.

Scientists reckon he may have been eaten. 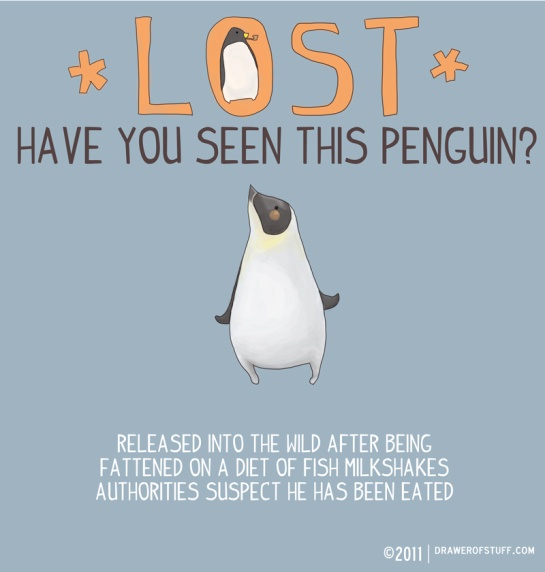